Our UK and Ireland tour holidays include short city breaks in York, Durham, Cambridge and Chester and the scenic beauty of the Peak District National Park, Lake District and Northumberland. Explore Shakespeare country, the picture of quintessential England with Tudor thatched houses, or stroll along the rugged coastal paths in Devon and Cornwall. See the best of Scotland including Edinburgh, Glasgow and the Highlands or explore the highlights of the Emerald Isle such as Dublin, Belfast and Cork. 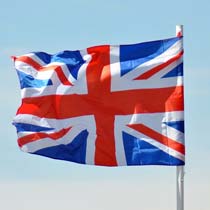 Rugged landscapes and ancient kingdoms - the heritage of Scotland and England revealed on this jaunt past medieval cities, shimmering lochs and rugged Highland cliffs.

Blending British and French influences, the largest Channel Island is as intriguing as it is relaxed. From our base in historic St Helier, we’ll discover the island’s best bits and enjoy its laid-back way of life.

Share a pint and some craic with new friends and you'll wish you'd stayed longer on the Emerald Isle. From cathedrals and castles to Waterford crystal, there's a lot to say sláinte about.

Centuries of Irish heritage and culture are revealed on this adventure across the windswept valleys of Ireland, from Dublin's Georgian Squares to the Anglo-Norman Kilkenny Castle on the Nore River.

With an important literary heritage, gorgeous sandy beaches and a rich military history to discover, your week in Guernsey will simply fly by. Staying in the picturesque harbour town of St Peter Port, we’ll see where Victor Hugo wrote ‘Les Misérables’; discover the beautiful lakes, fish ponds and glorious island views of Candie Gardens; and explore the museums at Castle Cornet, which has been protecting the harbour for 800 years.

Open a treasure box of storybook castles, secret tunnels and enchanting gardens as we dedicate six days to England's exquisite South East. On our travels we'll see why Whitstable has been dubbed the 'Pearl of Kent', wander the exquisite gardens of Kent's most famous castles and discover the tales that make Canterbury the jewel in the county's crown.

Experience the highlights of the Emerald Isle, beginning and ending in its capital cities. Starting in Belfast, we’ll visit the Titanic exhibition and explore the incredible Giant’s Causeway - 40,000 basalt columns built by a giant, according to legend.

Travel to the Scottish Highlands, exploring rugged Dartmoor, the idyllic Lake District, the Isle of Skye and Tudor Chester.

From Dublin to Belfast and back, explore Northern Ireland's culture, landscapes and history, including colourful stories about pirate queens, Celtic chieftains and mythical giants.

Discover the UK and Ireland

England’s long and glorious heritage can be seen in the country’s wealth of stately homes, castles, palaces and monuments. Home to Chaucer, Shakespeare, Dickens and Jane Austen, amongst many others, the country’s literary heritage stretches back centuries. The golden rural past can still be found in the traditional village greens, winding country lanes and ancient woodlands, whilst seaside resorts hark back to the heyday of English holiday town and cities have historic sights standing side-by-side with contemporary landmarks.

Scotland is a land of contrasts, with hundreds of islands, magnificent mountains and beautiful lochs. This peaceful landscape belies the country’s turbulent past, and the abundance of ancient castles bears testament to the country’s gripping history. Glasgow and Edinburgh are centres of innovative art, design and music, with top-class museums and galleries. Scottish traditions include social ceilidhs, the Highland Games and of course the Highland Dress with kilt and sporran.

The ancient symbol of Wales, the red dragon, can be seen on flags flying all over the country as this is a nation fiercely proud of its heritage. And you can see why the Welsh are justly proud of their country with its dramatic mountains, grand castles and long stretches of golden sandy beaches. On the coast craggy cliffs tower over the turbulent seas, irresistible harbour towns nestle in sandy bays and the Wales Coast Path traces the entire Welsh coastline. Further inland magical waterfalls cascade in fairytale valleys, glacial lakes shimmer in the mountains and traditional market towns offer their own unique charm.

Northern Ireland is a country of dramatic rural scenery, pretty villages and cosmopolitan cities including Belfast with its thriving arts scene. Giant's Causeway is a geological wonder with 40,000 hexagonal basalt stone columns built by ancient warring giants according local legends. The Republic of Ireland is home to prehistoric Iron Age forts, ruined monasteries and ancient castles, whilst lively cities such as Cork and Dublin combine vibrant pub culture with everlasting Celtic traditions. The Wild Atlantic Way takes in the Ring of Kerry and Inishowen Penisula and showcases Ireland’s most stunning scenery.

Highlights of UK and Ireland