South Africa, often called ‘The Rainbow Nation', is a country of contrasts where the wildlife is as diverse as the landscapes. South Africa tours include the lively city of Cape Town, celebrated Cape Winelands region, breathtaking Kruger National Park and stunning Garden Route. 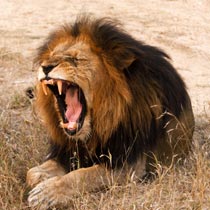 Nowhere does soul-stirring better than Cape Town, from the slopes of Table Mountain to the golden vineyards of the Cape Winelands, the rocky Atlantic Seaboard to the edgy City Bowl.

​South Africa is a country boasting exceptional highlights – which you can begin to discover from the comfort of your beach hotel. The chance to spot thrilling wildlife on safari and visit a local community are included in your holiday.

South Africans call their homeland ‘a world in one country’. It covers an area equivalent to five times the size of Britain, with a climate ranging from temperate, Mediterranean and sub-tropical to desert; it offers spectacular scenery with arguably the finest wildlife on earth and no less than eleven official languages.

Our South Africa ‘top three’ tour offers you a wonderfully diverse experience of a remarkable country. We’ll head out to spot the Big Five and other local inhabitants on a 4WD safari in the renowned Kruger National Park.

A subtropical coastline of wildlife-rich estuaries, an interior of sweeping Tolkienesque mountains, immersion into the fascinating Zulu culture - South Africa’s Garden Province offers travel experiences by the bucketload. We’ll circumnavigate the region from Durban, with the chance to encounter the Big Five, learn about Zulu history from locals and spot migrating whales along the way.

Contrasts of the Cape

South Africa’s two most southerly provinces offer everything from thriving cities to classic safaris, exceptional scenery to world-class wine tasting. Join us as we explore Cape Town, including its extraordinary botanical garden below Table Mountain.

This tour is the perfect introduction to South Africa, encompassing many of its highlights. Track the ‘Big Five’ in Kruger National Park, drive along the famed Garden Route to Cape Town and explore the cultural heritage of Zululand.

​Ascend Table Mountain, search for the 'Big Five' on safari in Kruger National Park and tour Soweto on this unforgettable South African tour.

South Africans call their homeland ‘a world in one country’. It covers an area equivalent to five times the size of Britain, with a climate ranging from temperate, Mediterranean and sub-tropical to desert; it offers spectacular scenery with arguably the finest wildlife on earth and no less than eleven official languages.

South Africa offers a myriad of experiences meaning there is something for everyone, from nature lovers to history enthusiasts and oenophiles.

Many tours begin in the intriguing city of Cape Town or historic Johannesburg. Cape Town’s setting is extraordinarily beautiful, crowned by the iconic Table Mountain which can be explored on foot or by cable car. Table Mountain National Park promises unspoilt scenery, peace and tranquillity, a stark contrast to the city centre which often hosts live music events and art exhibitions.

A visit to UNESCO-listed Robben Island, west of Cape Town, is a moving experience as it is home to the prison where Nelson Mandela was held during the Apartheid era. North of Cape Town is Johannesburg, the largest city in South Africa. The sprawling Soweto township was once home to Nelson Mandela, whose house is now a museum. Other museums in the city document the Apartheid.

South Africa is renowned for its wines. The fertile valleys of the Cape Winelands are set against a backdrop of majestic mountains. Vineyards in the Stellenbosch, Franschhoek, Paarl and Wellington areas produce some of South Africa’s most celebrated wines.

Outstanding natural beauty awaits on a once-in-a-lifetime tour to South Africa. The stunning Garden Route, a coastal route stretching from Mossel Bay to the Storms River, takes in glorious beaches, hidden coves, nature reserves and vineyards. The Cape of Good Hope is a rocky headland offering unparalleled views, while picturesque Boulders Bay just outside of Cape Town is renowned for its large colony of African Penguins.

Blyde River Canyon in Mpumalanga is truly breathtaking and forms the northern part of the Drakensberg escarpment. The ‘Pinnacle’ and ‘Three Rondavels’ are majestic rock formations which rise out of the canyon, a sight to behold.

Wildlife is undoubtedly one of the main draws of a holiday to South Africa. Kruger National Park is one of the largest game reserves in Africa and home to the Big Five – lions, leopards, rhinos, elephants and buffalos. Safaris are an unforgettable experience with sunrise and sunset viewings extra special. On South Africa’s South Coast is the Garden Route National Park, an incredible landscape of indigenous forests, mountains, rivers and lakes, home to elephants and hundreds of species of birds.