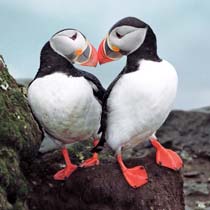 Glaciers to geysers, waterfalls to woodlands, Reykjavík and back. Join us as we circle this remarkable island nation, beginning and ending in its charming capital.

Isolated peninsulas backed by imposing mountains, whales breaching in the clear Arctic waters, waterfalls thundering down into placid fjords. Water and the ocean are significant in Iceland’s identity.

The Althing is the national parliament of Iceland; founded in 930 it is the oldest parliament in the world and was originally set in the Thingvellir National Park. The Viking Saga Centre in Reykjavik tells the bloodcurdling story of the Viking settlement in Iceland and the Settlement Exhibition focuses on what daily life was like during that period. Centuries ago, during the long dark winter nights, storytelling was the chief form of entertainment and Icelandic culture is steeped in the vivid sagas of the great families who settled there in the 10th and 11th centuries, and in the folkloric tales of elves, fairies and ‘hidden people’.

Iceland’s scenery is like nowhere else on earth, with spectacular waterfalls tumbling over huge cliffs, iceberg-strewn glacial lagoons and lunar-like lava fields. Its position in the middle of the Mid-Atlantic Rift makes it a major source of geothermal activity with hundreds of boiling hot springs, gushing geysers and active volcanoes. Iceland is still taking shape with landscapes being born from volcanic eruptions and carved out by giant glaciers, whereas in other parts of the country it as though time has stood still and the land hasn’t changed since Viking settlers arrived.

For lovers of wildlife, the waters around Iceland offer some of the best chances to spot grand humpbacks, spectacular killer whales, minkes and dolphins frolicking in the waves. On the south coast of Iceland Reynisfjara’s volcanic black sandy beach and gigantic basalt stacks are home to renowned puffin colonies.

Puffins also nest on the cliffs of some offshore islands and you may see them diving into the water in an extraordinary display of aquatics, whilst the Westman Islands are considered to have the largest Atlantic puffin colony in the world. The bird sanctuary and verdant wetlands of Lake Mývatn attract vast numbers of migratory birds every summer, making this a perfect place for bird lovers to visit, with the Sigurgeirs Bird Museum offering an insight into Icelandic birdlife.