The fascinating country of Egypt is home to some of the most enduring historical monuments in the world and is famous for its wondrous Pyramids of Giza. Egypt tours visit the vibrant capital city of Cairo, Luxor, ‘the world's greatest open-air museum' and often include a journey down the mighty River Nile to explore an abundance of enigmatic tombs, splendid temples and even glorious beaches on the adventure of a lifetime. 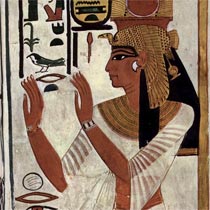 Nile cruises recall a more civilised age of travel, when the holiday journey was as much a source of pleasure as the destination. Our superb 7-night cruise takes its cue from these holidays of yesteryear, presenting the wonders of Egypt - its monumental temples and tombs, its bustling cities and a captivating riverside way of life little changed in centuries - as the ship makes its leisurely way from Luxor to Aswan and back.

Incredibly, after gazing upon the illustrious pyramids, this trip only gets better. Further up the Nile, your cruise ship is poised to take you to royal tombs and breathtaking temples.

Discover the treasures of some of the world's most ancient civilisations in the Mediterranean as you explore history through archaeology, religion and culture on a 7-day, multi-continent cruise.

The Kingdom of Jordan Unveiled

If you have a lingering sense of curiosity and wonder, you’re free to explore them on this delightful 12-day journey uncovering the hidden treasures of the Kingdom of Jordan.

Get up close and personal with the beautiful cultures, iconic antiquities, and inspiring landscapes of Israel, Egypt and Jordan on this heritage journey.

Tours of Egypt are the best way to explore the unique history of this country which dates back to the 10th millennium BC. Many of Egypt’s historic monuments were built during the time of the Pharaohs and are dotted along the River Nile along with a number of bustling medieval bazaars. Discover the Valley of the Kings in Luxor, where Tutankhamun’s tomb was unearthed, see the interesting finds in the Egyptian Museum in Cairo and admire the towering minarets and striking mosques which display some of the greatest architecture of medieval Islam.

Beyond the ancient monuments, Egypt gives way to a beautiful coast along the Red Sea which is home to an abundance of modern-resorts, world-class diving spots and desert adventures. Relax and unwind in the exotic resort of Sharm El Sheikh and explore the unique coral gardens teeming with fish and other aquatic wildlife in the charming waters surrounding Hurghada. Perhaps snorkel amongst the coral at Shark Reef and Yolanda Reef or take the opportunity to go wreck diving in the Tiran Straits.

Egypt is a destination best understood through its people. The locals are welcoming and friendly, and enjoy nothing more than story-telling over a cup of tea. Visit one of the busy Bazaar’s and see the locals haggling for a bargain or shop and shop for intricate souvenirs or head to a roof-top café and enjoy delicious snacks.